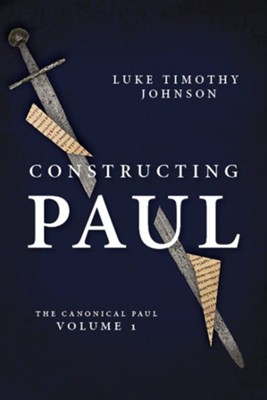 In Constructing Paul, Luke Timothy Johnson, drawing upon recent developments in the study of Paul, offers readers an invitation to the life and thought of the apostle Paul. Rather than focusing on a few of Paul’s letters, Johnson lays out the materials necessary to envision the apostle from the thirteen canonical letters of Paul and the Acts of the Apostles. This approach provides a framework within which engagement with Paul’s letters can take place. Johnson demonstrates the possibility of doing responsible and creative work across the canonical collection without sacrificing literary or historical integrity.

By bringing out the facets of the apostle from the canonical evidence, Johnson shows the possibilities for further and better inquiry into the life and thought of Paul. This first volume imagines a plausible biography for Paul and serves as an introduction to the studies in the second volume. Johnson uses the canonical material as building blocks to make a case for why Paul ought to be heard today as a liberating rather than oppressing voice.

▼▲
Luke Timothy Johnson is Candler School of Theology's Robert W. Woodruff Professor Emeritus at Emory University. He won the 2011 Grawemeyer Award in Religion for his Among the Gentiles: Greco-Roman Religion and Christianity. Johnson's many other books include The Revelatory Body, Brother of Jesus, Friend of God, and The Writings of the New Testament.

▼▲
I'm the author/artist and I want to review Constructing Paul: The Canonical Paul, Volume 1.
Back
×