Skip to main content
CYBER WEEK SALE! Spot great deals up to 88% off. >
Consider Your Ways - eBook
By: Hamid Charles
Stock No: WW84052EB 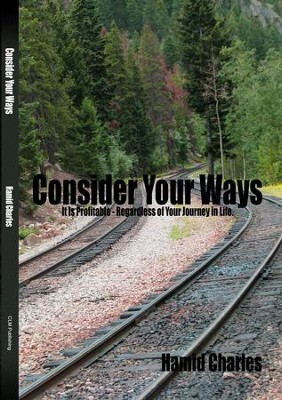 ▼▲
This book is a testimony with interesting segments. If life has become a routine treadmill workout for all the wrong reasons, then this book is for you. If religion has an important part in your life, but somehow time seems to elude you, then this book is for you. If you want to know more about Jesus Christ and Christians, then this book will be very rewarding to read. It captures some intriguing years where environmental circumstances and cultural practices were introduced to broaden my horizon into adulthood. It shares choices and benefits that have will cause you to “consider my ways” in growing with patience. This is an encouragement for others to have a healthier and more meaningful relationship with the Creator. With the help of God’s Spirit, the art of learning will intrigue your understanding about the free gift of salvation. Remember, the proof of the pie is in the tasting. This book will offer rest to minds that are ready for answers. It will also encourage hope for all seasons of life.

▼▲
Hamid was born in the twin Republic Island of Trinidad and Tobago and is the seventh of nine children. His upbringing in the district of Siparia was an exciting and challenging experience. At the early age of eleven he received the gift of salvation with enthusiasm to grow in the council of God. He is a foundational member from the inception of the Siparia Evangelical Church. As a dedicated believer, he has worked in the church as a Sunday School teach, an usher, served as the Island’s Director of the Evangelical Church’s Youth Executive Board and as an Elder. Mr. Charles is married to Gloria, and they have one daughter, Melissa. He is a proud grandfather of three grandchildren. With fifty plus years of journeying with the Lord under his faith belt, he has completed his first book. His prayer is for all who read it to become more obedient to their Creator by considering their ways. Today, he permanently resides in Grand Cayman with his family.

▼▲
I'm the author/artist and I want to review Consider Your Ways - eBook.
Back
Back