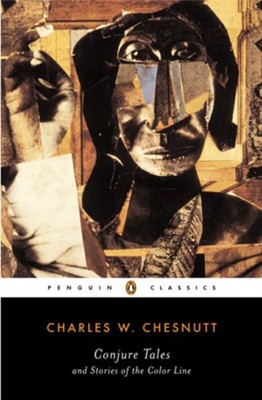 ▼▲
This collection contains all the stories in Chesnutt's two pioneering volumes of short fiction. The Conjure Woman (1899) and The Wife of His Youth and Other Stories of the Color Line (1899). Centered on the world of slavery and the voodoo beliefs and practices that black people in the antebellum South used to help them resist the injustices of their social condition, The Conjure Woman features a new kind of black story teller, Uncle Julius McAdoo, who shrewdly adapts his recollections of the past to secure his economic advantage in the present, sometimes at the expense of his white employer, The Wife of His Youth Probes the moral conflicts and psychological strains experienced by those African Americans who lived closest to the color line in Chesnutt's day. This Penguin Classics edition adds two remarkable previously uncollected work: "Dave's Neckliss" and "Baxter's Procrustes."

▼▲
Unlike the popular "Uncle Remus" stories of Joel Chandler Harris, Charles W. Chesnutt's tales probe psychological depths in black people unheard of before in Southern regional writing. They also expose the anguish of mixed-race men and women and the consequences of racial hatred, mob violence, and moral compromise. This important collection contains all the stories in his two published volumes, The Conjure Woman and The Wife of His Youth, along with two uncollected works: the tragic "Dave's Neckliss" and "Baxter's Procustes", Chesnutt's parting shot at prejudice.

▼▲
William L. Andrews is E. Maynard Adams Professor of English at the University of North Carolina at Chapel Hill. He is the author of To Tell a Free Story and editor or coeditor of more than thirty books on African American literature.

▼▲
I'm the author/artist and I want to review Conjure Woman.
Back
Back