Skip to main content
Coming Back with the Spitball: A Pitcher's Romance
By: James Hopper
Stock No: WW8425X 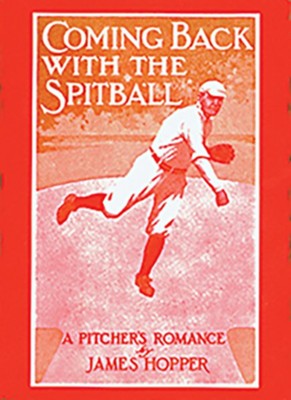 Coming Back with the Spitball: A Pitcher's Romance

▼▲
James Hopper's 1914 Baseball Novella tells the riches to rags to riches story of Tom Carsey, a pitcher for the New York Giants. Hopper's lively narrative takes us back to the days when major league ballclubs played in grand and hallowed ballparks, like the Giant's legendary Polo Grounds-and the not-so-fortunate minor league "nines" played in cow pastures and had names like Prune Pickers, the team the once-great Carsey is sent to when he is thought to have lost his stuff. With the Prune Pickers, of the "Interior League," Carsey begins to drink, wallowing long in despair and self-pity before a doctor, a kindly widow, and a crippled boy named Freckles eventually help him to turn things around. And turn them around he does. He develops a special new pitch, cuts out the booze, and slowly works himself back into shape then finally returns to the bigs to play out the World Series with the Giants. Hopper's novel was written nearly forty years before Bernard Malamud penned his great hitter's romance, The Natural, and like that other classic baseball tale, Spitball gives us a man who has seen both sides of the fence, and who, ultimately, on his own terms, finds success.

▼▲
I'm the author/artist and I want to review Coming Back with the Spitball: A Pitcher's Romance.
Back