Skip to main content
NEW CYBER DEALS Save up to 90% thru 12/12  shop now >
Cold Air Accumulation and the Grower's Guide to Frost Protection
By: Steve Hammersmith
Stock No: WW849270 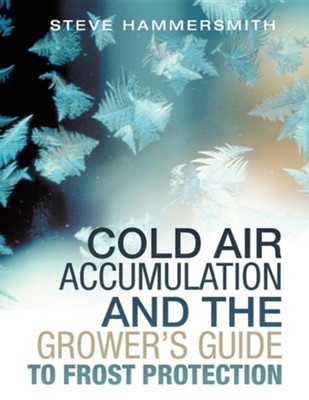 Cold Air Accumulation and the Grower's Guide to Frost Protection

After serving for more than a decade as a hydraulic systems designer and regional manager for Motion Industries (div. Genuine Parts Co.), and then as president and chief hydraulics designer for RPT Industrial Technologies for another nine years, Steve studied and apprenticed for more than eight years under Dr. Rafael Guarga, Eng. prof. emeritus and president of the University of Uruguay. During that time, they collaborated and developed a new frost protection method of controlling cold air flows and draining accumulated cold air masses.

An avid sportsman, over the last thirty-five years Steve has devoted much of his spare time to introducing underprivileged children to outdoor sports such as fishing and hunting through a nonprofit organization called the Annual Wild Game Feed.

Steve now lives in Crestline, California, and enjoys weekends at the lake with his daughters.

He is currently president and CEO of Shur Farms Frost Protection, a company specializing in managing cold air flows in vineyards and orchards worldwide. His speaking engagements range from Chihuahua, Mexico, to Ontario, Canada, and virtually every growing region in the United States. His articles and research in frost protection are regularly published in trade journals throughout the world.

▼▲
I'm the author/artist and I want to review Cold Air Accumulation and the Grower's Guide to Frost Protection.
Back