Skip to main content
Code of Courage
By: Janice Cantore
Stock No: WW457567 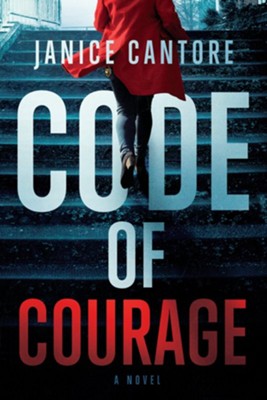 Danni Grace quits the force after being involved in a shooting that injures her.Then a high-profile protester is murdered, and an officer is blamed. She feels compelled to return to a job she's not sure she can handle---and work alongside her ex-husband, the lead investigator. Can they uncover the truth?

▼▲
Detective Danni Grace has never met a police officer who wants to face a scenario where pulling the trigger on another person is the only option. When the worst does occur and there’s a police-involved shooting, it leads to riots and calls to disband the entire police force in La Rosa, Danni’s hometown.

After fifteen years on the force, Danni has had enough. Injured in the line of duty when a protester throws a chunk of concrete at her and shaken by the vitriol being shown to the police, Danni realizes for the first time that she’s lost her passion for the job.

While she’s on a leave of absence, though, a community activist in La Rosa is shot and a fellow officer is blamed for his murder. Taking on this case means stepping back into a job Danni’s not sure she can do anymore . . . and working closely with her ex-husband, Gabriel Fox, an investigator for the city prosecutor’s office. Danni will need to tap into her code of courage to uncover the truth, prevent another injustice, and uphold her oath to serve and protect.

▼▲
This timely police procedural from a 22-year veteran of the Long Beach, Calif., police satisfies.

▼▲
I'm the author/artist and I want to review Code of Courage.
Back
Back