Clear Vision: How the Bible Teaches Us to View the World
By: Andy Daniell PhD. 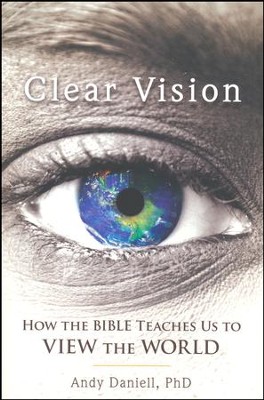 Clear Vision: How the Bible Teaches Us to View the World

Most biblical worldview books are intensely philosophical and theoretical in nature. Clear Vision, on the other hand, gives specific, real-world applications of the Bible’s worldview on a field-by-field basis, using examples pulled from the headlines. The result is accessible and engaging to the layman, while retaining the depth and rigorous underpinnings associated with more philosophical worldview writings. Christian readers will come away with a better understanding of what they believe and how to defend it.

▼▲
Dr. Andy Daniell is the senior minister at a growing church near Atlanta, Georgia, and a lifelong student of the Bible. He also maintains his position as president and CEO in the analytical consulting company he founded over a decade ago. He serves on the board of trustees for Christian City—a multimillion-dollar nonprofit organization. His service on the board included a year as vice chairman, between 2008 and 2009, and as board chairman from 2010 through 2014. In the past, he has worked for Fortune 500 companies and conducted research at one of the United States’ national laboratories. He earned his PhD when he was twenty-five and had his dissertation published as a book. His interests across business and theology have come through in his other writings as well, as he’s been published in sources as diverse as The American Banker and Christian Standard Magazine. Andy has been married to his wife, Tina, for twenty-eight years and counting.

A comprehensive worldview taken from the Bible is about more than moral behavior. It explains the ultimate origin and purpose of everything while providing the framework we are to use in understanding ourselves and the world. Many Christians are unsure if the Bible can be shown to be what it claims to be—the inspired Word of God. Others struggle to apply its directives to all areas of their lives. Clear Vision unravels these issues, explaining how the Bible judges itself, teaches us to examine the world, and clarifies how to view the world through the lens of the Bible's teachings. This includes how to examine

▼▲
I'm the author/artist and I want to review Clear Vision: How the Bible Teaches Us to View the World.
Back
×
Back
×