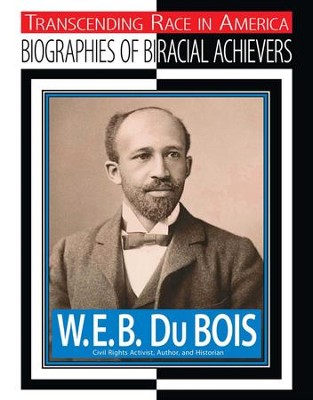 ▼▲
W..E.B. Du Bois's mother came from a long line of free blacks living in the North. His great-grandfather was a white plantation owner whose ancestors came from France. Long before the start of the Civil Rights movement, W.E.B. Du Bois worked tirelessly for black people in this country. He was a brilliant student and became the first black man to receive a Ph.D. degree from Harvard University, and later taught at several black colleges. He realized that teaching wasn't enough. For decades, he wrote, gave speeches, formed organizations, and worked hard toward the cause of social justice. W.E.B. became controversial in the last years of his life. He took political positions that many Americans--both black and white--didn't approve of. But he wouldn't back down or change what he believed in. He felt so strongly about his beliefs that in his old age he moved to the African nation of Ghana, whose people loved and admired him.

▼▲
I'm the author/artist and I want to review W.E.B. Du Bois: Civil Rights Activist, Author, Historian - eBook.
Back
Back