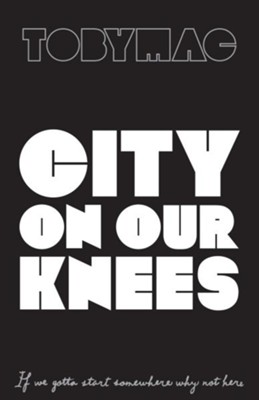 City on Our Knees - eBook

Through true stories of people who have stepped across lines--lines of discrimination, persecution, prejudice, bitterness, and despair--City on Our Knees challenges readers to take their own steps out of their comfort zones in order to be used by God.

▼▲
TobyMac is a Grammy Award-winning artist, producer, and songwriter. First known as part of the popular group dc Talk throughout the 1990s, he launched a solo career in 2001 and has since won numerous awards, earned three certified gold albums, and had six #1 Christian singles. His previous books include Jesus Freaks (with dc Talk) and Under God (with Michael Tait and WallBuilders). TobyMac is married with five children and makes his home near Nashville, Tennessee.

▼▲
I'm the author/artist and I want to review City on Our Knees - eBook.
Back
Back