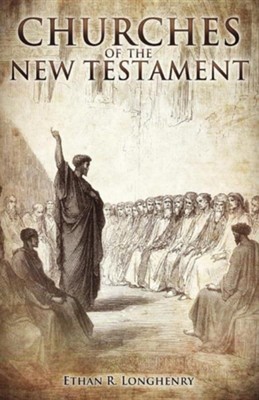 Churches of the New Testament

▼▲
"Have you ever wondered what it would be like to be a Christian in the first century? What would it be like to meet with the church in Philippi or Ephesus? What would go on in their assemblies? Churches of the New Testament explores the world of first century Christianity by examining what Scripture reveals about the local churches of God's people. It examines background information about the geography and history of each city, as well as whatever is known about the founding of the church there. This book also considers what instruction was presented to each church and why, as well as Biblical and historical evidence that reveals what happened to the church after the first century. Ultimately, we try to learn the lessons offered from the example of each church. Centuries may separate us from the churches of the New Testament, but their examples, instruction, commendation, and rebukes can teach us today."

▼▲
I'm the author/artist and I want to review Churches of the New Testament.
Back