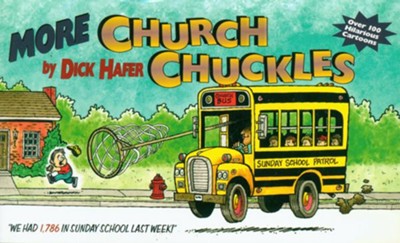 Dick Hafer was a full-time cartoonist and writer, whose work appeared in many secular and Christian publications, including Christianity Today and the Saturday Evening Post. His work has also been seen on "60 Minutes," "Donahue," and CNN. He was the recipient of the George Washington Medal, from the Freedom Foundation, and has also received numerous press association awards.

▼▲
I'm the author/artist and I want to review More Church Chuckles: Over 100 Hilarious Cartoons - eBook.
Back
×
Back
×