Skip to main content
Get Christmas Ready Sale: Deals on over 1,150 titles thru 9/27.
Christmas Stories, Unabridged Audiobook on MP3-CD
Narrated By: David Timson
By: Charles Dickens
Stock No: WW010261 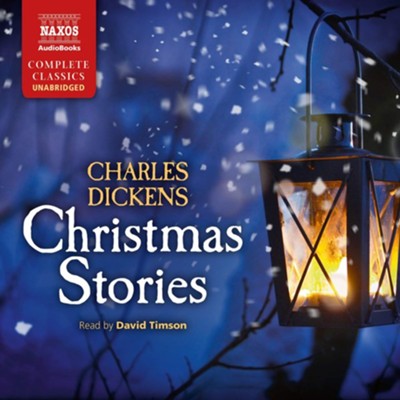 ▼▲
Charles Dickens was a major contributor to the romantic revival of Christmas traditions that occurred in the Victorian era. With their heart, humor and good morals, Dickens' Christmas stories have made the author's name synonymous with the season. Here we present four charming novellas to complete his series that began with A Christmas Carol," with echoes of sleigh bells throughout. The stories include "The Chimes," "The Cricket on the Hearth," "The Battle of Life," and "The Haunted Man," the perfect companion for the yearly celebrations. David Timson has directed, produced, and narrated a great number of Naxos audiobook recordings and is an authority on Dickens in particular.

▼▲
I'm the author/artist and I want to review Christmas Stories, Unabridged Audiobook on MP3-CD.
Back