Skip to main content
CYBER MONDAY IS HERE! Shop savings up to 88%. >
Is Christianity the White Man's Religion? How the Bible Is Good News for People of Color
By: Antipas L. Harris
Stock No: WW845996 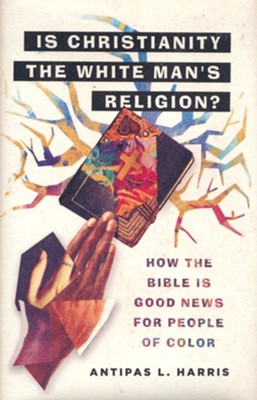 Is Christianity the White Man's Religion? How the Bible Is Good News for People of Color

Among many young people of color, there is a growing wariness about organized religion and Christianity in particular. If Christianity is for everyone, why does the Bible seem to endorse slavery? Why do most popular images of Jesus feature a man with white skin and blue eyes? Is evangelical Christianity "good news" or a tool of white supremacy?

As our society increases in ethnic and religious diversity, millennials and the next generation of emerging adults harbor suspicions about traditional Christianity. They're looking for a faith that makes sense for the world they see around them. They want to know how Christianity relates to race, ethnicity, and societal injustices. Many young adults have rejected the Christian faith based on what they've seen in churches, the media, and politics. For them, Christianity looks a lot like a "white man's religion."

Antipas L. Harris, a theologian and community activist, believes that biblical Christianity is more affirmative of cultural diversity than many realize. In this sweeping social, theological, and historical examination of Christianity, Harris responds to a list of hot topics from young Americans who struggle with the perception that Christianity is detached from matters of justice, identity, and culture. He also looks at the ways in which American evangelicalism may have incubated the race problem.

Is Christianity the White Man's Religion? affirms that ethnic diversity has played a powerful role in the formation of the Old and New Testaments and that the Bible is a book of justice, promoting equality for all people. Contrary to popular Eurocentric conceptions, biblical Christianity is not just for white Westerners. It's good news for all of us.

Antipas L. Harris is the president and dean of Jakes Divinity School and serves on the pastoral staff at The Potter's House in Dallas, Texas. He is an ordained minister, a theological educator, and a musician with degrees from LaGrange College, Candler School of Theology (Emory University), Yale Divinity School, Boston University, and St. Thomas University. Before being appointed to his current role by Bishop T. D. Jakes, Harris founded the Urban Renewal Center in Norfolk, Virginia, where he led initiatives that addressed the intersections of faith, justice, and community development. His objective is to help people overcome distress, reinforce faith, impart comfort through the arts, and provide stability through education. His previous books include The Gifted Worshiper and The Holy Spirit and Social Justice, volumes one and two.

▼▲
I'm the author/artist and I want to review Is Christianity the White Man's Religion? How the Bible Is Good News for People of Color.
Back
Back