Skip to main content
BIBLE SALE OF THE SEASON: Save on over 2,100 Bibles thru 10/26. >
Christianity in the Greco-Roman World: A Narrative Introduction - eBook
By: Moyer V. Hubbard
Stock No: WW88892EB 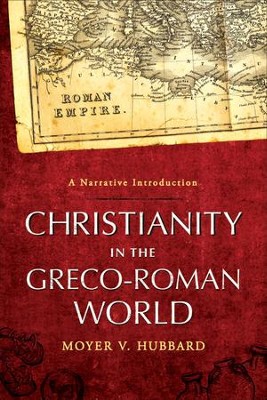 Christianity in the Greco-Roman World: A Narrative Introduction - eBook

▼▲
Background becomes foreground in Moyer Hubbard's creative introduction to the social and historical setting for the letters of the Apostle Paul to churches in Asia Minor and Europe.

Christianity in the Greco-Roman World begins each major section with a brief narrative featuring a fictional character in one of the great cities of that era. Then he elaborates on various aspects of the cultural setting related to each particular vignette, discussing the implications of those venues for understanding Paul's letters and applying their message to our lives today.

This work is based on the premise that the better one understands the historical and social context in which the New Testament (and Paul's letters) was written, the better one will understand the writings of the New Testament themselves. Passages become clearer, metaphors deciphered, and images sharpened. Teachers, students, and laypeople alike will appreciate Hubbard's unique, illuminating, and well-researched approach to the world of the early church.

▼▲
Moyer V. Hubbard (DPhil, University of Oxford) is professor of New Testament language and literature at Talbot School of Theology, Biola University, in Los Angeles, California. He is the author of New Creation in Paul's Letters and Thought and a commentary on 2 Corinthians.

▼▲
I'm the author/artist and I want to review Christianity in the Greco-Roman World: A Narrative Introduction - eBook.
Back
Back