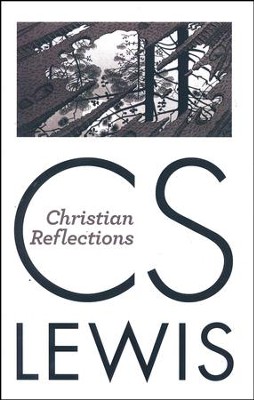 ▼▲
Shortly after his conversion in 1929, C. S. Lewis wrote to a friend, "When all is said (and truly said) about the divisions of Christendom, there remains, by God's mercy, an enormous common ground." From that time on, Lewis thought that the best service he could provide for his unbelieving neighbors was to explain and defend the faith that has been common to nearly all Christians at all times -- the "enormous common ground" that he usually referred to as "mere" Christianity.

Christian Reflections contains fourteen of Lewis's papers defending Christianity. They are colorfully varied, covering such topics as Christianity and literature, Christianity and culture, ethics, futility, church music, modern theology and biblical criticism, the Psalms, and petitionary prayer. Common to them all, however, are the uniquely effective style of C. S. Lewis and the basic presuppositions of his theology -- his "mere" Christianity."

▼▲
C. S. Lewis (1898-1963) taught English literature at both Oxford and Cambridge Universities and wrote more than thirty influential scholarly and popular books. Among his many famous works are Mere Christianity,The Screw tape Letters, the Chronicles of Narniavolumes, Miracles, and Surprised by Joy.

▼▲
Christianity Today
"An excellent introduction to the thought and personality of this engaging Christian writer."

The Living Church
"Christian Reflections is in the style of a truly great scholar with a deep love and understanding of the classics, an extraordinary narrative power and clarity, and a precision in logic that goes to the heart of the matter under discussion. . . . This book is a veritable jewel."

Clyde Kilby in Chicago Tribune
"This volume will be of special interest to people whose philosophy runs to futility, determinism, and atheism."

Review & Expositor
"Refreshing originality. . . . A book that will both stimulate and tantalize."

▼▲
I'm the author/artist and I want to review Christian Reflections.
Back
Back