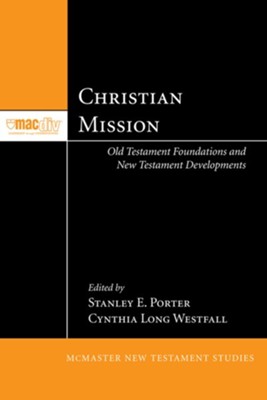 ▼▲
How did a first-generation Jewish messianic movement develop the momentum to become a dominant religious force in the Western world? The essays here first investigate the roots of God's mission and the mission of his people in the Old Testament and Second Temple Judaism, specifically in the Psalms, Isaiah, and Daniel. The contributions then discuss the mission of Jesus, and how it continued into the mission of the Twelve, other Jewish believers (in the Gospels, General Epistles, and Revelation), and finally into Paul's ministry to the Gentiles documented in the book of Acts and his epistles. These essays reach backward into the background of what was to become the Christian mission and forward through the New Testament to the continuing Christian mission and missions today.

▼▲
I'm the author/artist and I want to review Christian Mission: Old Testament Foundations and New Testament Developments - eBook.
Back
Back