Skip to main content
From Cairo to Christ: How One Muslim's Faith Journey Shows the Way for Others - eBook
By: Abu Atallah, Kent A. Van Til
Stock No: WW95150EB 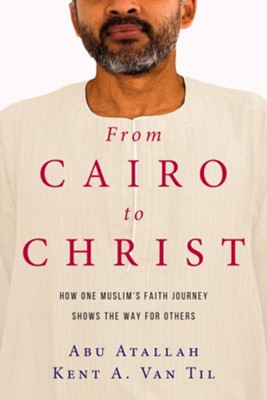 From Cairo to Christ: How One Muslim's Faith Journey Shows the Way for Others - eBook

▼▲
"If I were to become a Christian, it would mean not only changing my religion but changing my whole identity, and bringing shame upon my family. My whole family is Muslim, and my society and culture were Muslim. . . . Changing from Islam to Christianity would mess up my life forever." So writes Abu Atallah, who grew up in Cairo as an ordinary Egyptian Muslim. He was deeply embedded in his family, religion, and country. For a time he was part of the Muslim Brotherhood. But as he came of age, he began to encounter people who followed a different way, who called themselves Christians. And a radically new life became possible—at great cost and risk, yet with great joy. From Cairo to Christ is the remarkable story of how one Muslim man was drawn to the Christian faith, and how he later became an ambassador for Christ with a ministry in the Muslim world. Atallah has personally helped hundreds of Muslims come to Christ. This narrative sheds light on Islamic cultural dynamics and what Westerners should know about Muslim contexts. Despite the challenges facing believers from Muslim backgrounds, God is bringing surprising numbers of Muslims to Christ. Discover how the good news of Jesus transforms lives in Muslim communities around the world.

▼▲
Abu Atallah is the founder and CEO of European Training Centre and a pastor, professor, and missionary with the Evangelical Presbyterian Church. He was born and raised in Egypt, and after his conversion was involved with Campus Crusade at Cairo University. In 1979 he came to the United States, where he attended the Urbana missions conference and heard God?s call to minister to his people. Atallah founded the Arab American Friendship Center in Dearborn, Michigan, and was a consultant and trainer for Arab World Ministries in London and across Europe. He has ministered in fifty-six countries on six continents. He has a master of divinity from Calvin Theological Seminary and a doctorate of theology from Providence College and Seminary. Kent A. Van Til (PhD, Marquette University) is lecturer in religion at Hope College in Holland, Michigan. He is the author of Less Than Two Dollars a Day and The Moral Disciple. He has previously taught on missions, ethics, and biblical studies at institutions such as Trinity Christian College, Kuyper College, Western Seminary, Marquette University, and ESEPA Seminary in Costa Rica.

▼▲
"From Cairo to Christ is at once a primer on Arabic culture, a comparison between Christianity and Islam, and a history lesson in the making. He provides a bridge for greater understanding between cultures as he points others to the Prince of Peace. Atallah serves as a most credible teacher, having walked a mile in both sets of shoes."
"Reading [From Cairo to Christ], you cannot fail but be moved by God's goodness and grace in raising up an evangelist who has ministered marvelously to God’s glory in 56 countries on six continents. Recommended."
"From Cairo to Christ inspires, informs and compels readers for the great privilege of relating Jesus to Muslims—in loving, living proclamation—wherever they are."
"This would be an excellent starting volume for anyone wanting to learn more about Christian witness to Muslims and to be encouraged to take part in that great task."

▼▲
I'm the author/artist and I want to review From Cairo to Christ: How One Muslim's Faith Journey Shows the Way for Others - eBook.
Back
Back