Christ the Light: The Theology of Light and Illumination in Thomas Aquinas
By: David L. Whidden III 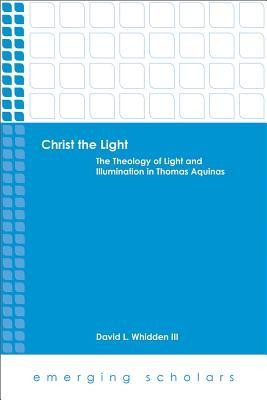 Christ the Light: The Theology of Light and Illumination in Thomas Aquinas

▼▲
Light is one of the most ancient and significant metaphors adopted by Christianity by which to understand the significance of Jesus Christ. The Easter liturgy, for instance, is marked by beautiful and powerful rituals proclaiming Christ as the light of the world in his death and resurrection. That understanding developed over subsequent centuries into a larger doctrine of illumination - how Christians come to understand and know God through Christ the Light. In this work, David Whidden takes up that theme in contesting a standard paradigm of interpretation that asserts that Aquinas eliminated the doctrine of illumination in his theology.

In Christ the Light, Whidden argues that illumination is a critical systematic motif in Aquinas' theology, one that involves the nature of truth, knowledge, and God; at the root, Aquinas' theology of light, or illumination, is Christological, grounding human knowledge of God and eschatological beatitude. This volume establishes the theological network formed by the crucial motif of light/illumination in Aquinas, from how theology operates to the systematic, sacramental, and moral coordinates in Aquinas' theology. Christ the Lightthus provides a much needed and illuminating retrieval of the one of the most important and creative theologians in the western Christian tradition.

▼▲
I'm the author/artist and I want to review Christ the Light: The Theology of Light and Illumination in Thomas Aquinas.
Back
×