Chosen: A Journey of Faith
By: Michele Guinness 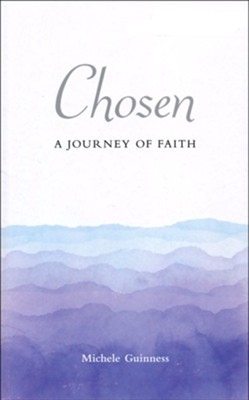 Chosen: A Journey of Faith

Michele Guinness was brought up to love and live out her family's Jewish heritage. However, in her teens, she felt something lacking. Searching for answers would eventually lead her to a destination she never could have imagined: marriage to Peter Guinness (the great-great-grandson of the famous brewer), who--to her family's shock--would opt for another kind of spirit and become an Anglican minister.

Michele's memoir, peppered with vivid anecdotes, describes her spiritual journey as she struggles to make sense of being both Jewish and Christian, and adapting, not abandoning, her rich heritage to her life as a vicar's somewhat unusual wife in a Church of England parish.

Chosen brings together in a single volume Michele's accounts originally contained in Child of the Covenant, Promised Land, and A Little Kosher Seasoning, recounting the one-of-a-kind story of one woman's transformative spiritual journey.

▼▲
Michele Guinness was brought up in a practicing Jewish family and is married to a retired Anglican clergyman. She worked for many years as a presenter, researcher, and writer for television and radio, regularly contributing to Pause for Thought on BBC Radio 2. Michele contributes to a number of magazines, including Families First and Woman Alive, as well as The Church of England Newspaper.

▼▲
I'm the author/artist and I want to review Chosen: A Journey of Faith.
Back
×
Back
×