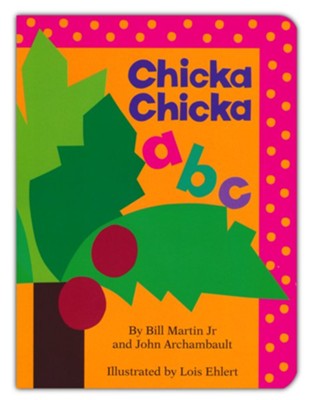 ▼▲
Race to the top of the coconut tree with this delightful alphabet rhyme from the creators of Chicka Chicka Boom Boom.

John Archambault is a poet, journalist, and storyteller who worked with Bill Martin, Jr. on several projects. He lives in Idyllwild-Pine Cove, California.

▼▲
I'm the author/artist and I want to review Chicka Chicka ABC.
Back
Back