Skip to main content
BIBLE SALE OF THE SEASON: Save on over 2,100 Bibles thru 10/26. >
Brown Church: Five Centuries of Latina/o Social Justice, Theology, and Identity
By: Robert Chao Romero
Stock No: WW852859 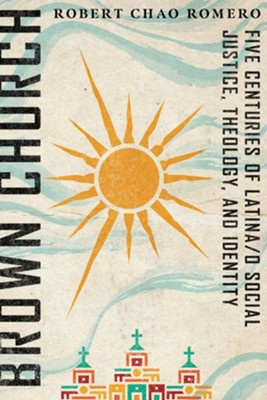 Interest in and awareness of the demand for social justice as an outworking of the Christian faith is growing. But it is not new. For five hundred years, Latina/o culture and identity have been shaped by their challenges to the religious, socio-economic, and political status quo, whether in opposition to Spanish colonialism, Latin American dictatorships, US imperialism in Central America, the oppression of farmworkers, or the current exploitation of undocumented immigrants. Christianity has played a significant role in that movement at every stage.

Robert Chao Romero, the son of a Mexican father and a Chinese immigrant mother, explores the history and theology of what he terms the "Brown Church." Romero considers how this movement has responded to these and other injustices throughout its history by appealing to the belief that God's vision for redemption includes not only heavenly promises but also the transformation of every aspect of our lives and the world. Walking through this history of activism and faith, readers will discover that Latina/o Christians have a heart after God's own.

▼▲
I'm the author/artist and I want to review Brown Church: Five Centuries of Latina/o Social Justice, Theology, and Identity.
Back