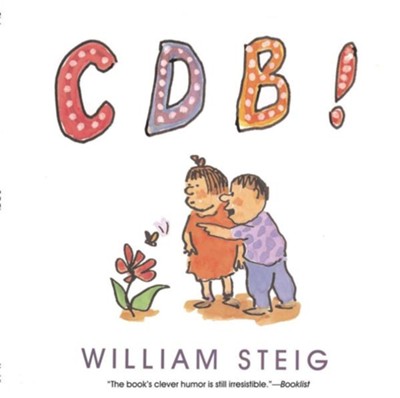 ▼▲
William Steig (1907–2003) was a cartoonist, illustrator, and author of award-winning books for children. Most notably Sylvester and the Magic Pebble, for which he received the Caldecott Medal; The Amazing Bone, a Caldecott Honor book; Amos & Boris, a National Book Award Finalist; and Abel’s Island and Doctor De Soto, both Newbery Honor books. Steig is also the creator of Shrek! which inspired the Dreamworks films. Steig also received the Christopher Award, the Irma Simonton Black Award, the William Allen White Children’s Book Award, the America Book Award, and Society of Illustrators Lifetime Achievement Award. He was also the US nominee for both of the biennial, international Hans Christian Andersen Awards as an illustrator in 1982, and then as an author in 1988. He is survived by his wife, Jeanne Steig, and four children.

▼▲
I'm the author/artist and I want to review CDB!.
Back