Skip to main content
CYBER WEEK SALE! Spot great deals up to 88% off. >
Cast A Road Before Me - eBook
By: Brandilyn Collins
Stock No: WW80335EB 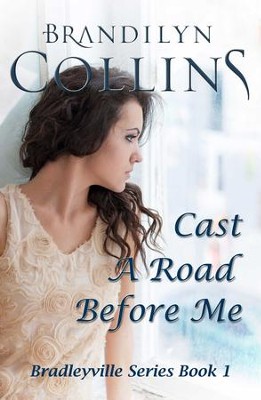 Cast A Road Before Me - eBook

▼▲
Bradleyville Series Book 1
----------
A course-changing event in one's life can happen in minutes. Or it can form slowly, a primitive webbing splaying into fingers of discontent, a minuscule trail hardening into the sinewed spine of resentment. So it was with the mill workers as the heat-soaked days of summer marched on...
----------
City girl Jessie, orphaned at sixteen, struggles to adjust to life with her barely known aunt and uncle in the tiny town of Bradleyville, entucky. Eight years later (1968) she plans on leaving to following in her revered mother's footsteps of serving the homeless. But the peaceful town she's come to love is about to be tragically shattered. Threats of a labor strike rumble through the treets, and Jessie's new love and her uncle are swept into the maelstrom. Caught between the pacifist teachings of her mother and these two men, Jessie desperately tries to deny that Bradleyville is rolling toward violence and destruction.

▼▲
I'm the author/artist and I want to review Cast A Road Before Me - eBook.
Back
Back