Skip to main content
SPRING CYBER EVENT STARTS NOW: And it's a really BIG deal! Up to 88% off through 5/24>
Captives
By: Jill Williamson
Stock No: WW724223 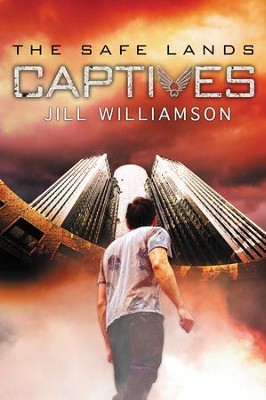 ▼▲
In a dystopian future, most of the population is infected with a plague. The exceptions are those who live outside the Safe Land's city walls. When a mutation in the plague sends city enforcers looking for the uninfected, Levi's village is raided. While the attack leaves many dead, Levi's fiancie is being held captive. Levi launches a war against the city in an attempt to free her before it's too late.

When eighteen-year-old Levi returned from Denver City with his latest scavenged finds, he never imagined he’d find his village of Glenrock decimated, loved ones killed, and many—including his fianc&eacute;e, Jem—taken captive. Now alone, Levi is determined to rescue what remains of his people, even if it means entering the Safe Lands, a walled city that seems anything but safe.

Omar knows he betrayed his brother by sending him away, but helping the enforcers was necessary. Living off the land and clinging to an outdated religion holds his village back. The Safe Lands has protected people since the plague decimated the world generations ago &hellip; and its rulers have promised power and wealth beyond Omar’s dreams.

Will Mason uncover the truth hidden behind the Safe Lands’ fa&ccedil;ade before it’s too late?

What was your motivation behind this project?  Last year, my ladies Bible study group completed Beth Moores study on the book of Daniel. As we learned about the young royals who were taken from Jerusalem to be inducted into the Babylonian culture, I couldnt help but imagine how some of the teen guys in our youth group would fare in such a situation. This train of thought sent me brainstorming the story of CAPTIVES. I wanted to write the story of three brothers, Mason, Levi, and Omar, and how each reacted differently to such an experience. Masons character was going to parallel Daniels. I wanted Levi to be searching for his fiancé and Omar to be the one who totally adapts to the Babylonian-like culture. Our country today has a very Babylonian me mentality, and I wanted to explore themes in connection with that. I also feel very strongly about the spread of AIDS and wanted to write about the disease and raise questions without preaching and condemning anyone. All of those thoughts came together to create the idea in CAPTIVES, a story filled with suspense, action, romance, and a race against the clock.