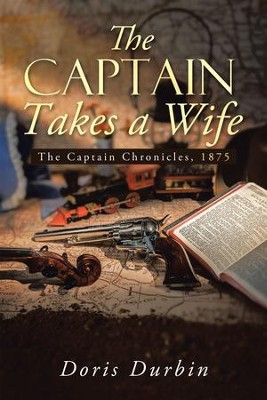 Sarah Franklin, a young teacher escaping an arranged marriage to a corrupt man, runs straight into the arms of Captain Harry Richardson as he prepares to board a train leaving Macon, Georgia, in 1875. She begs him to help her, and the captain soon finds himself in the midst of a ruse to hide her identity from her pursuers. When he impulsively kisses her in front of his amazed friends and some curious newspaper reporters, everything changes, and events soon spiral out of control.

Harry is a handsome man who carries his Bible and sidearm in a worn, leather valise. He fought on the side of the Confederacy until he was captured at Missionary Ridge; he spent time in a northern prison, but was released when he agreed to go west and fight the Indians with the U.S. Cavalry. Now that the war is over and he has earned his theology degree, Harry is looking forward to a new beginning as a circuit-riding preacher in the North Georgia mountains. But first, he must survive the train trip, protecting a woman he barely knows and putting his life in jeopardy to battle a determined band of hired gunmen.

In this inspirational historical tale, a soldier-turned-minister learns that even if youre starting a new life, there are some things you cant leave behind.

Doris Durbin was a school librarian who sponsored a writer’s club and produced a literary magazine for many years. Now retired, she and her husband, Ed, live in North Georgia, where Doris enjoys painting, spinning wool, knitting, and, at long last, writing. This is the first book in an intended series.

▼▲
I'm the author/artist and I want to review The Captain Takes a Wife: The Captain Chronicles, 1875 - eBook.
Back
Back