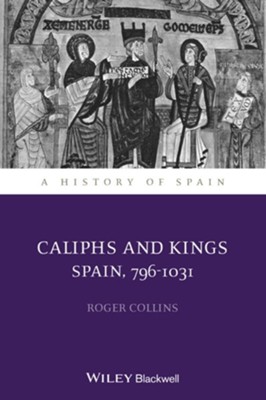 The last twenty-five years have seen a renaissance of research and writing on Spanish history. Caliphs and Kings offers a formidable synthesis of existing knowledge as well as an investigation into new historical thinking, perspectives, and methods.

The nearly three-hundred-year rule of the Umayyad dynasty in Spain (756-1031) has been hailed by many as an era of unprecedented harmony and mutual tolerance between the three great religious faiths in the Iberian Peninsula – Christianity, Judaism, and Islam – the like of which has never been seen since. And yet, as this book demonstrates, historical reality defies the myth. Though the middle of the tenth century saw a flowering of artistic culture and sophistication in the Umayyad court and in the city of Córdoba, this period was all too shortlived and localized. Eventually, twenty years of civil war caused the implosion of the Umayyad regime. It is through the forces that divided – not united – the disparate elements in Spanish society that we may best glean its nature and its lessons. Caliphs and Kings is devoted to better understanding those circumstances, as historian Roger Collins takes a fresh look at certainties, both old and new, to strip ninth- and tenth-century Spain of its mythic narrative, revealing the more complex truth beneath.

▼▲
Formerly a Fellow of the Institute for Advanced Studies in the Humanities in the University of Edinburgh, Roger Collins is now a Fellow in the School of History, Classics and Archaeology of the University of Edinburgh. He has published widely in medieval Spanish and European history, and his books include: The Basques (Blackwell, 1986), The Arab Conquest of Spain, 710–797 (Blackwell, 1989), Oxford Archaeological Guide to Spain (1998), Charlemagne (1998), Visigothic Spain, 409–711 (Blackwell, 2004), and, most recently, Keepers of the Keys of Heaven: A History of the Papacy (2009).

“A blessing for faculty, but also a very useful introduction for students.”  (H-Soz-u-Kult, March 2014)

“Caliphs and Kings: Spain, 796–1031is a book for readers who seek interesting stories culled from Christian historical sources from the period from 796–1031, rather than for those who seek a book on the caliphal aspects of the same period.” (Project Muse, 1 June 2014)