Skip to main content
CYBER WEEK SALE: Up to 88% off, thru 12/6. >
The Burden of the Flesh: Fasting and Sexuality in Early Christianity
By: Teresa Shaw
Stock No: WW0627652 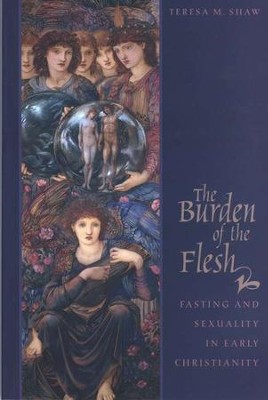 The Burden of the Flesh: Fasting and Sexuality in Early Christianity

▼▲
Providing a startling look at early Christian notions of the body, diet, fasting, sexuality, and the passions, Shaw sheds important light on the growth of ethical ideals in the early church that remain powerful cultural forces even today. A fascinating study of body and gender. 298 pages, softcover from Fortress.

Shaw's rich and fascinating work provides a startling look at early Christian notions of the body--diet, sexuality, the passions, and especially the ideal of virginity--and sheds important light on the growth ofChristian ideals that remain powerful cultural forces even today.

Focusing on the fourth and early fifth centuries, Shaw considers three types of Christian arguments--physiological, psychological, and eschatological--about the efficacy of fasting in the ascetic pursuit of chastity. Demonstrating their connections also illumines relationships between body and belief, theory and behavior, and physical self-abnegation and theological speculation. In the process, Shaw examines a variety of texts from the seventh century b.c.e. to the seventh century c.e., including medical treatises,philosophical writings, Christian homilies, and theological treatises.

▼▲
I'm the author/artist and I want to review The Burden of the Flesh: Fasting and Sexuality in Early Christianity.
Back
Back