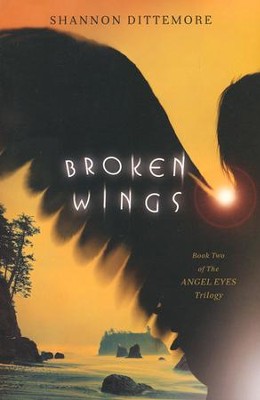 ▼▲
Brielle has begun to see the world as it really is, a place her angels intermingle with humans. But just when she thinks she's got things under control, the life she's pieced together begins to crumble. The Prince of Darkness has targeted her and Brielle must use the gifts that she has been given to fight the ultimate battle of good versus evil.

Giant angels with metal wings and visible song. A blind demon restored from the pit of darkness. And a girl who has never felt more broken.

Brielle sees the world as it really is: a place where the Celestial exists side by side with human reality. But in the aftermath of a supernatural showdown, her life begins to crumble.

Her boyfriend, Jake, is keeping something from her—something important. Her overprotective father has started drinking again. And he’s dating a much younger woman who makes Brielle’s skin crawl. Haunting nightmares invade Brielle’s sleep, and flashes of Celestial vision keep her off kilter.

What she doesn’t know is that she’s been targeted. The Prince of Darkness himself has heard of the boy with healing in his hands and of the girl who sees through the Terrestrial Veil.

Brielle has no choice. She knows evil forces are converging and will soon rain their terror down on the town of Stratus. She must master the weapons she’s been given. She must fight.

But can she fly with broken wings?

▼▲
I'm the author/artist and I want to review Broken Wings, Angel Eyes Series #2.
Back
Back