Skip to main content
NEW CYBER DEALS Save up to 90% thru 12/12  shop now >
Breaking the Code: Understanding the Book of Revelation, Revised Edition
Edited By: David A. deSilva
By: Bruce M. Metzger
Stock No: WW881503 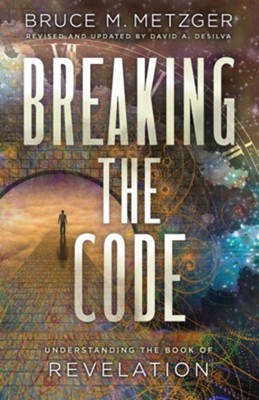 Breaking the Code: Understanding the Book of Revelation, Revised Edition

In Bruce Metzger's book, Breaking the Code, he unraveled the symbolism and messages of hope found in the book of Revelation for the nontheological reader.

Revised and updated by David A. DeSilva, this new version of Breaking the Code, Updated Edition includes updates based on current biblical research, while keeping the essential insights of the original book.

If you wish to study the book in a small group setting, you will need the DVD and Leader's Guide. The book does not contain discussion questions.

▼▲
Dr. David A. deSilva, an elder in the Florida Annual Conference, attended Princeton University, Princeton Theological Seminary and earned his Ph.D. in Religion at Emory University. He currently serves as Trustees' Distinguished Professor of New Testament and Greek at Ashland Theological Seminary. He has written over twenty books, including Unholy Allegiances: Heeding Revelation's Warning, The Jewish Teachers of Jesus, James, and Jude, An Introduction to the New Testament, and Introducing the Apocrypha. He also served as Apocrypha Editor for the Common English Bible and has published extensively in journals, reference works, and adult Bible curriculum. One of the world's best-known scholars on the text of the New Testament - has taught for many years at Princeton Theological Seminary - The author or editor of thirty-five books - served as General Editor of the Reader's Digest Condensed Bible - Chairman of the NRSV Translation Committee.

▼▲
I'm the author/artist and I want to review Breaking the Code: Understanding the Book of Revelation, Revised Edition.
Back
Back