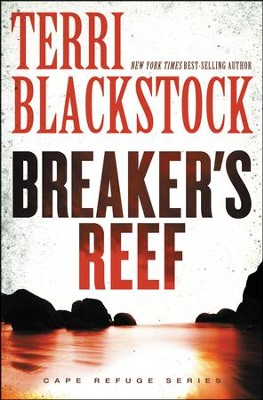 ▼▲
When a famous mystery writer moves to Cape Refuge, ex-con Sheila Caruso-mother to Sadie and Caleb-is thrilled to get a job working for him. But when a teenage girl is found murdered, Sheila discovers that a scene in one of the eccentric writer's novels matches the crime scene. Exactly.

Then a second dead girl is discovered by Police Chief Cade and Blair Owens. And when this murder mirrors a scene in another of the writer's books, Cade is drawn into a web of trickery and deceit. Shockingly, evidence turns up in Cade's truck-evidence that points to Cade himself as the number one suspect!

Cade tries to clear his name, but when eighteen-year-old Sadie Caruso disappears, tensions mount to a fever pitch. Can Cade find the real killer before Sadie winds up dead? Is the author a demented killer or a hapless victim? And what does Sadie's own mother have to do with the crimes?Secrets are uncovered while lessons are learned about the sins of the fathers being visited upon their children. Will the consequences of Sheila's poor choice in life be fatal, or is there redemption and mercy for her and her children?

The murders occurring on Cape Refuge mirror scenes in a local writer’s novels. Could the killer be a copycat or the author himself?

When a teenage girl’s body is discovered in a boat between Tybee Island and Cape Refuge, all evidence points to a famous mystery writer who has taken up residence in the small town: Marcus Gibson. After all, ex-con Sheila Caruso discovers that a scene in one of his books perfectly mirrors the brutal crime scene, and Gibson seems just eccentric enough to be murderous.

Police Chief Cade works to confirm the evidence—but more devastation is just around the corner. He and Blair Owens discover a second dead teenager, again paralleling a scene in one of Gibson’s books. Then Sheila’s daughter, Sadie, goes missing.

In a race against time, there are many questions to be answered. Can Cade find the killer before Sadie is murdered too? What connection does Sheila have with the crimes? And is Marcus one of the killers—or is the murderer still walking free, ready to prey on his next victim?

▼▲
I'm the author/artist and I want to review Breaker's Reef.
Back
×
Back
×