SHIPPING DELAYS & COVID-19 IMPACT - learn more
The Branch: A Plausible Case for the Substructure of the Four Gospels
By: Preston T. Massey
Stock No: WW642777 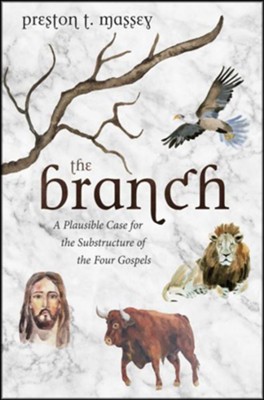 The Branch: A Plausible Case for the Substructure of the Four Gospels

The thesis of the book may be stated simply: it is an argument based upon the four prophetic texts of Jer 23:5; Zech 3:8; 6:12; and Isa 4:2 as a foundational pattern for the four Gospels. These four prophetic texts, it will be argued, mention a King Branch, a Servant Branch, a Man/Priest Branch, and a Lord God Branch. This study seeks to show how Matthew presents Jesus as the King Branch, Mark as the Servant Branch, Luke as the Priest/Man Branch, and John as the Lord God Branch. Consideration will also be given to explore the ramification of the four living Beings as described in Rev 4:6–7. Given the sum total of this sequence of literary facts, the conclusion of this book will raise a number of possible implications. One of these implications will offer the conclusion that the four evangelists could not have written their four Gospels solely on their own human unaided efforts.

▼▲
I'm the author/artist and I want to review The Branch: A Plausible Case for the Substructure of the Four Gospels.
Back
×