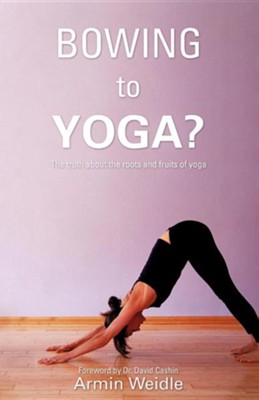 ▼▲
Yoga - the Untold Story It is very unlikely that you haven't seen or heard anything about yoga. From an ancient philosophy out of India, yoga made its way to North America and Europe and is becoming more and more accepted as a form of modern exercise. Many people who try yoga are enthusiastic about its touted benefits of weight loss, stress reduction, improvement of health problems and the like. Maybe you have tried yoga already and experienced some of its benefits, but are wondering what yoga is really all about at the core and if it is okay for you to practice it. Maybe you are contemplating giving it a try, but you are unsure. This book sheds light on the confusion about yoga. It will show where yoga came from, how it developed into its modern forms, and what the effects of yoga really are. In short - what are the roots and fruits of yoga? Is it possible that despite all the benefits of yoga, there could be some dangers in it? Are we in the end bowing to yoga? Finally, if you are looking for alternatives to yoga, this book will suggest several which are great exercises and also fun to do. Born and raised in Germany, Armin Weidle also lived for five years in the U.S., where he earned his Master of Arts in Intercultural Studies. He also spent time studying Indian culture, both in the U.S. and while living in India for a brief time. He is especially interested in understanding more about how Western cultures are influenced by the Indian culture. Bowing to Yoga? is his first book. Today Armin works in business and lives near Frankfurt, Germany, with his wife Ratna.

▼▲
I'm the author/artist and I want to review Bowing to Yoga?.
Back