Skip to main content
All the Boundaries of the Land: The Promised Land in Biblical Thought in Light of the Ancient Near East
By: Nili Wazana
Stock No: WW062839 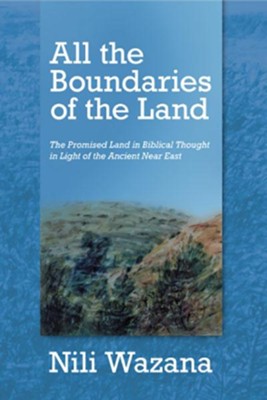 All the Boundaries of the Land: The Promised Land in Biblical Thought in Light of the Ancient Near East

What are the borders of the Promised Land in the Hebrew Bible? What drives and characterizes the descriptions given of them? The starting point for this research lies in the premise that, despite their detailed geographical nature, the biblical texts are not genuinely geographical documents. They are more appropriately to be understood and examined as literary texts composed in the service of an ideological agenda. In order to comprehend properly the idea of the Promised Land presented in the Hebrew Bible—its definitions, dimensions, and significance—we must understand that the descriptions belong to diverse literary genres, were composed according to various literary devices that require decoding, and that reflect a range of perspectives, outlooks, and notions.

All the Boundaries of the Land provides engaging fresh perspectives on the variant views of the Promised Land in the interface between literature, history, geography, and ideology. It does not intend to answer the question of how the borders of the land altered throughout the course of history. The reader will find no maps or outlines in this book. The emphasis is on the literary tools that were employed by the biblical authors who described the borders, and the ideological motives that guided them.

▼▲
I'm the author/artist and I want to review All the Boundaries of the Land: The Promised Land in Biblical Thought in Light of the Ancient Near East.
Back