Skip to main content
Born Again: My Journey from Fundamentalism to Freedom
By: Tom Harpur
Stock No: WW740239 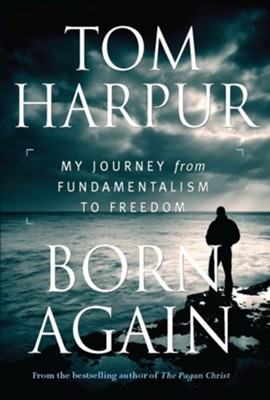 Born Again: My Journey from Fundamentalism to Freedom

Tom Harpur, the late author and host of numerous radio and television programs, was at the forefront of the modern challenge to humankind's spiritual identity. His radical and ground-breaking book The Pagan Christ touched the lives of thousands of seekers. In Born Again, he tells the story of his own search for spiritual understanding, and the result is a spiritual odyssey, the story of one man's escape from the narrow grip of religious fundamentalism.

Born into an Irish immigrant family in Toronto, Tom Harpur was groomed for the ministry by his father from an early age. He won a Rhodes Scholarship to Oxford, then returned to Canada and enrolled in Wycliffe College, the bastion of Anglican evangelicalism. Ordained to the ministry, Tom Harpur served for a number of years in his own parish before seeking a wider ministry in the world of mass media.

In 1971, Tom Harpur joined the Toronto Star as the religion editor and, over a number of years, reported on and met with many important spiritual figures, from Pope John Paul II to Mother Teresa, as he travelled around the globe.

Perhaps Tom Harpur's most intimate book, Born Again is an important work of spiritual insight, revelation, and renewal, outlining the critical elements of his own path.

▼▲
I'm the author/artist and I want to review Born Again: My Journey from Fundamentalism to Freedom.
Back