Skip to main content
The Book of Revelation: Its Introduction and Prophecy
By: George Wesley Buchanan
Stock No: WW523622 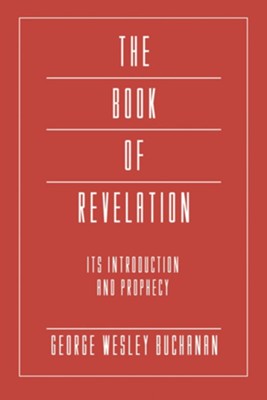 The Book of Revelation: Its Introduction and Prophecy

▼▲
Both the introduction and the prophecy are saturated with allusions to Hebrew Scripture, which has been applied typologically to the situation at the time the documents were composed. Knowing the Scripture involved is basic to understanding the message of the Book of Revelation. Buchanan shows the text of Revelation in one column and the relevant passages to Hebrew Scripture in a parallel column. He calls it "redemption literature" rather than "apocalyptic" and compares it to Jewish redemption literature composed during the period from the Bar Cochba Revolt to the end of the Crusades, and with redemption literature found in Isaiah, Jeremiah, Ezekiel, Zechariah, Haggai, Daniel, and some of the Psalms.

▼▲
I'm the author/artist and I want to review The Book of Revelation: Its Introduction and Prophecy.
Back
Back