Skip to main content
NEW CYBER DEALS Save up to 90% thru 12/12  shop now >
The Book of Proverbs in Social and Theological Context
By: Katharine J. Dell
Stock No: WW633055 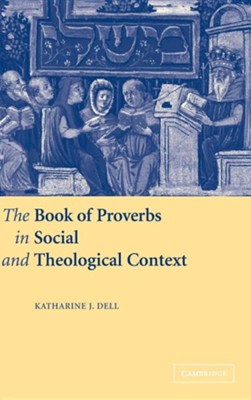 The Book of Proverbs in Social and Theological Context

▼▲
The book of Proverbs is the starting point of the biblical wisdom tradition. But how did individual proverbs, instructions and poems come together to form the various collections we have today? Katharine Dell explores the possible social contexts for this varied material in the royal court, wisdom schools and popular culture. She draws shrewdly on materials from the wisdom traditions of the ancient Near East, in particular Egypt, in order to bolster and enhance her theories. She argues that Proverbs had a theological purpose from its conception, with God's creativity being an integral theme of the text rather than one added in later redactions. Dell also shows that echoes of other Old Testament genres such as prophecy, law and cult can be found in Proverbs, notably in chapters 1 9, and that its social and theological context is much broader than scholars have recognised in the past.

▼▲
I'm the author/artist and I want to review The Book of Proverbs in Social and Theological Context.
Back