Skip to main content
SPRING CYBER EVENT STARTS NOW: And it's a really BIG deal! Up to 88% off through 5/24>
Bonnie Prince Charlie: Truth or Lies
By: Roderick Graham
Stock No: WW537839 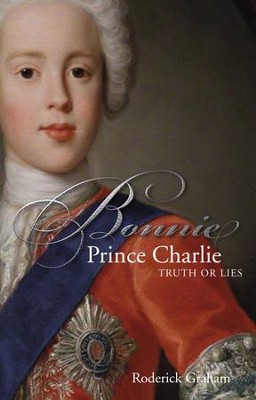 ▼▲
Bonnie Prince Charlie is one of the best-known and romantic names in Scottish and British history.

As with so many legends, the truth is often obscure and the debate continues to rage over questions of his plans to become Charles III, his wish to make Britain a Catholic country, the battle of Culloden, France's role in the '45 Rebellion, whether he ultimately proved to be a coward and how he met his end.

Few others have really explored Charles's motivations. By tackling 12 of the most intriguing myths surrounding Bonnie Prince Charlie, and revealing some little-known and astonishing facts, this book casts new perspective on one of the most turbulent times in Scottish and British history.

Ten myths about Bonnie Prince Charlie are explored and, through them, we discover why Charles converted to the Church of England, who Charles's mysterious wife was, why the Duke of Cumberland was not the most ruthless man at Culloden, why Charles rejected the idea of an independent Scotland and the real reason why Charles wanted to take the British throne.

▼▲
Roderick Graham is author of the critically acclaimed John Knox: Democract and Pioneers of Scottish Christianity and many other books. He was formerly Head of BBC Drama and winner of two Emmy awards for the tv series Elizabeth R.

▼▲
I'm the author/artist and I want to review Bonnie Prince Charlie: Truth or Lies.
Back