The Bondage of the Will, 1525: The Annotated Luther Study Edition
By: Martin Luther 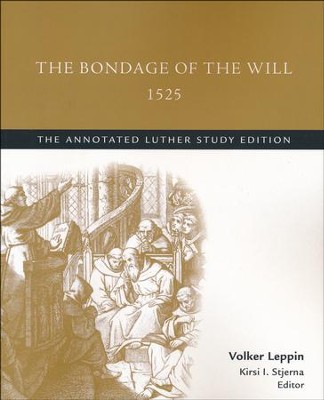 The Bondage of the Will, 1525: The Annotated Luther Study Edition

▼▲
In autumn 1525, Luther wrote The Bondage of the Will as a response to humanist and theologian Erasmus of Rotterdam's On Free Will.

Luther's treatise is important on four accounts: First, Luther wanted to show his own humanist education. Second, against Erasmus, who had maintained that the question of free will could not be decided just on the basis of the Bible, Luther stressed the clarity imbedded in Scripture. Third, Luther stressed that his denial of the free will pertained to the issue of salvation, while in other areas of life not relevant for this fundamental existential matter, free will could be acknowledged. Finally, he introduces the distinction of the revealed and the hidden God to make clear that a Christian must focus on God as shown in Jesus Christ rather than speculating about God's potency in general. Luther's argument on the matter of the bound and free will poses a challenge and an invitation for construc-tive contemporary theology.

This volume is excerpted from The Annotated Luther series, Volume 2. Each volume in the series contains annotations, illustrations, and notes to help shed light on Luther's context and to interpret his writings for today.

▼▲
I'm the author/artist and I want to review The Bondage of the Will, 1525: The Annotated Luther Study Edition.
Back
×
Back
×