Skip to main content
OUR BIGGEST BARGAIN SALE EVER: Over 6,000 deals at never-seen-before prices ~ through 8/23. Shop now >
I Boldly Confess: The Key of Life - eBook
By: Regi Rayfield
Stock No: WW31618EB 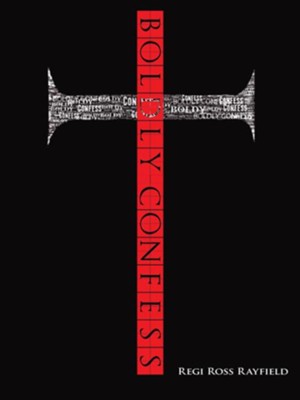 I Boldly Confess: The Key of Life - eBook

I stood in Belize among inattentive and talkative young Lambs of Christ all week long, while elder Lambs for Christ were ministering. But when I spoke that last day of the mission, I could hear that pin fall while I delivered my first message from God to those same young but quiet and attentive Lambs of Christ. It was then that I knew He would use me again.

I can do all things through Christ that strengtheneth me. Philippians 4:13

A spiritual and inspirational life story of overcoming modern-day trials and tribulations through Gods infinite charity and the salvation of Jesus Christ.

Regi has written this book in an attempt to reach God's people that do not know Him, are confused about Him, or have lost their way from Him; that they will return to Him or seek His face. He writes this book in an attempt to reach those in need of salvation, that they will be saved. Regi has written this book in simplicity to give clarification of God's purpose to all that read it, be they youth, young adult, or elder. In spite of Regi's transgressions, he has done that which puposeth God, and will prosper in this thing which he was sent to do. Regi declares and claims all of these things of God, and by his faith in his Lord and Savior Jesus Christ, So Be It! (Amen)

Regi was born in Philadelphia, Pennsylvania, and was raised in Washington, DC. Regi now lives in Redondo Beach, California. He is a child of God and Jesus Christ is his Lord and Savior.

▼▲
I'm the author/artist and I want to review I Boldly Confess: The Key of Life - eBook.
Back
Back