Skip to main content
A Body of Divinity: Being the Sum and Substance of the Christian Religion
By: James Ussher
Stock No: WW251189 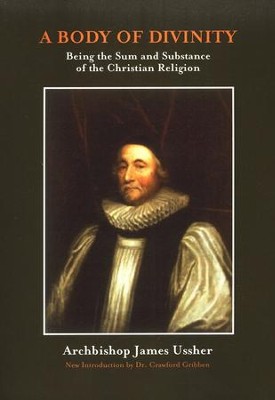 A Body of Divinity: Being the Sum and Substance of the Christian Religion

▼▲
"Archbishop James Ussher (1581-1656) was a leader par excellence among the Irish Puritans. His colorful history is inseparable from that of Irish Christianity and from major events transpiring simultaneously in England and Scotland. Ussher's range of achievements are outstanding, including ancient languages, patristics, ancient and Irish history, theology, and chronology. Though he is best known for his biblical chronology, I believe that his Body of Divinity is his most valuable legacy. This volume, long overdue to be reprinted, was once regarded as a classic in the field of Reformed systematic theology and deserves to be so regarded again. Here is pristine Irish Puritan theology, presented to us in a captivating question and answer format." --Joel R. Beeke, Puritan Reformed Theological Seminary, Grand Rapids, Michigan

Archbishop James Ussher wrote his Body of Divinity in a way that would make it useful to the family. This edition is newly typeset with an introduction by Dr. Crawford Gribben. It also contains a complete bibliography on Ussher.

▼▲
I'm the author/artist and I want to review A Body of Divinity: Being the Sum and Substance of the Christian Religion.
Back
Back