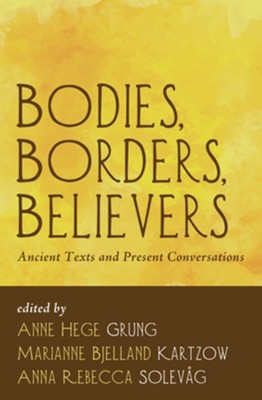 ▼▲
This stimulating collection of essays by prominent scholars honors Turid Karlsen Seim. Bodies, Borders, Believers brings together biblical scholars, ecumenical theologians, archeologists, classicists, art historians, and church historians, working side by side to probe the past and its receptions in the present. The contributions relate in one way or another to Seim's broad research interests, covering such themes as gender analysis, bodily practices, and ecumenical dialogue. The editors have brought together an international group of scholars, and among the contributors many scholarly traditions, theoretical orientations, and methodological approaches are represented, making this book an interdisciplinary and border-crossing endeavor. A comprehensive bibliography of Seim's work is included.

▼▲
I'm the author/artist and I want to review Bodies, Borders, Believers: Ancient Texts and Present Conversations - eBook.
Back
Back