Skip to main content
Get Christmas Ready Sale: Deals on over 1,150 titles thru 9/27.
Bluebirds of Happiness: A Quilted Story
By: Jean Crawford
Stock No: WW700928 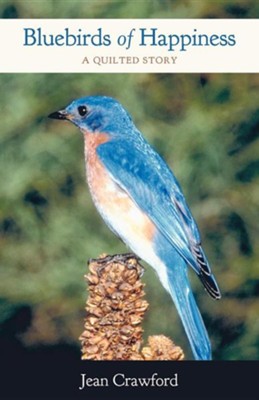 Bluebirds of Happiness: A Quilted Story

▼▲
Bluebirds of Happiness is a quilted story that takes the reader back to colonial days when citizens were torn between patriotism, loyalty to their mother country, and love of their families. History comes alive as you read of the early days of Savannah, Georgia illusrated in this excerpt from the book: Everything looked bleak for John and Marie this morning of January 1, 1779. They were so disappointed their army could not stop the Brtitish from occupying their city of Savannah. They were saddened by the loss of the Patriots lives but still held on to the belief that freedom was worth the sacrifices of their people. They could see the British Military going up and down their streets as they kept order among the citizens. "I wonder, John, if we will ever have freedom in our lifetime. I keep wondering how our sons fared in all this and we didn't even hear from George and Mary."

▼▲
I'm the author/artist and I want to review Bluebirds of Happiness: A Quilted Story.
Back