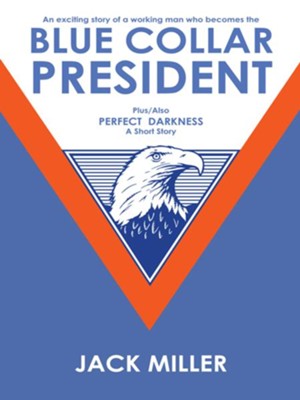 Jim Morris was a country boy whose father was out of work for a time due to a union strike. The hardship his family experienced as a result left a lasting enmity against all unions. After school, Jim became restless and decided to hitchhike around the country and explore what he had studied while in school. It didn't take long to get into some interesting situations that would change his life forever.

Cold, broke, and hungry, Jim tried to enlist in the Navy and Air Force only to be turned down because their quotas were full. He reluctantly jointed the Marines, a move he never regretted. While in the Marines he partnered up with a Jewish fellow who remained his lifelong friend right up to the White House. After the Marines he married a preacher's daughter, going against all odds. After several years and nearly losing his wife, he gave his heart to the Lord. He didn't like what the public schools were teaching his children which led him into minor politics, then to the state house and finally the White House. While campaigning, he discovered a sinister plot of the government which cemented his election as the Tea Party candidate.

▼▲
I'm the author/artist and I want to review BLUE COLLAR PRESIDENT - eBook.
Back
×
Back
×