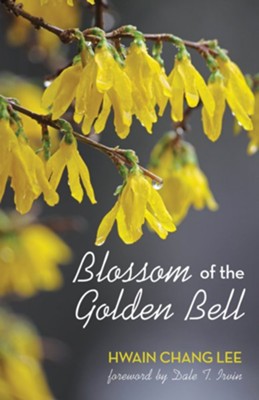 Blossom of the Golden Bell - eBook

▼▲
The Bible has many stories about women. In these stories of women, we see a reflection of ourselves and our own reality--physical, spiritual, and social.Like these women, Hwain's mother possessed deep faith in her Lord. Korean Christian women build their lives on two foundations. The first is the hard reality of the lives of women in the Bible. The second is the long history of Korean women born into a system of Confucian belief.   Blossom of the Golden Bell is a story about Hwain's mother. The story is a mingling and converging of two realities, the hard lives of the women of the Bible and the history Korean women are born into.  Hwain's mother gave Hwain life and then gave her own life to Hwain.  She influenced and taught Hwain, spiritually and socially.  Hwain cannot forget the stories of her mother's past, nor leave them unrecorded.  Therefore, this book is Hwain's gift to her mother.  Hwain's wish is for the stories contained in this book to reflect light onto other women just as it did for Hwain.

▼▲
I'm the author/artist and I want to review Blossom of the Golden Bell - eBook.
Back
Back