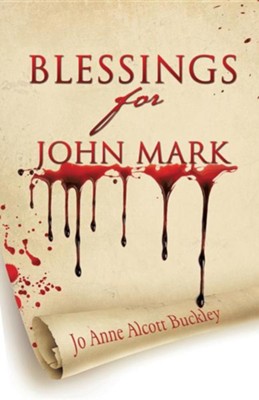 ▼▲
Jo Anne Alcott Buckley was born in Depew, Oklahoma, shortly after the depression years. Her family moved to New Mexico due to her health problems when she was eight years old. She claims both Oklahoma and New Mexico as her home. She is married, the mother of four children, grandmother of seven grandchildren, two step-grandchildren, and two step-great-grandchildren. Jo Anne attended Oklahoma State University, but graduated from New Mexico State with a degree in Secondary Education. Her inspiration for writing this book was two trips to the Holy Land where she enjoyed seeing where Jesus lived, shared God's grace with all who believed, and declared His ministry to the world. She has enjoyed many chances to teach children in her earlier years in a private kindergarten and adults in classes of Disciple Bible Study at University United Methodist Church in Las Cruces, New Mexico where she now lives. She has been a member of the United Methodist Church most of her life and is a member of United Methodist Women (UMW). She has served in many offices of the UMW organization. Most recently she served as the New Mexico Conference president. She was also honored by the New Mexico Conference of the UMC with the Living Archive Award in 2012.

▼▲
I'm the author/artist and I want to review Blessings for John Mark.
Back