Skip to main content
SPRING CYBER EVENT STARTS NOW: And it's a really BIG deal! Up to 88% off through 5/24>
The Blessing of Africa: The Bible and African Christianity
By: Keith Augustus Burton
Stock No: WW827626 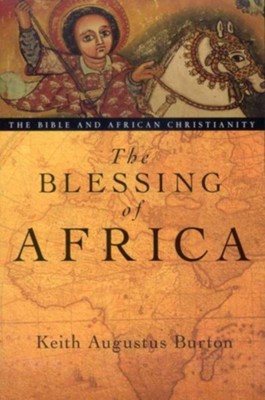 The Blessing of Africa: The Bible and African Christianity

▼▲
Africa may soon boast the world's highest concentration of Christians. Explore how Biblical faith spread in the land of Ham from the Old Testament, to the early church, and onward! Burton's study traces its growth throughout the continent---and includes fascinating material on the rise of Islam, the impact of European colonialism, and the slave trade. 220 pages, softcover from InterVarsity.

▼▲
According to some estimates, Africa will soon have the highest concentration of Christians in the world. But African Christianity has had a long and conflicted history. Even today, modern misinterpretations of Scripture argue for God's curse upon the dark-skinned peoples of Africa. In this comprehensive study, Keith Burton traces the story of biblical Africa and the place of the Bible in the land of Ham. Beginning with the Old Testament, he explores the geography of biblical Africa and moves beyond stereotypical discussions of African ethnicity and identity. He then chronicles the African presence in the church from the New Testament onward, paying particular attention to the growth of Islam in Africa as well as the impact of European colonialism and the slave trade. Coming to the modern era, he examines the achievements of African Christianity and visionary efforts to adapt and reclaim Christianity for the African context. Burton invites readers to discover anew the relevance of the biblical narrative for African Christians as well as Scripture's influence on African Christianity. This invigorating work places the story of the Bible and African Christianity in a wider global context and challenges readers to think differently about history and the biblical world.

▼▲
(Ph.D., Northwestern) is president of Life Heritage Ministries. He is also an adjunct instructor of religion at the Florida Hospital College of Health Sciences, and previously served as a professor of theology at Oakwood College, Huntsville, Alabama.

▼▲
"It is imperative to commend The Blessing of Africa, which is based on extensive review of the literature by the author who provides the sources for his arguments and analysis. The author has also successfully demonstrated the point that Africa can by no means be ignored in the study of the history of the chosen people in the Bible, and that Africans have not been mere recipients, but also participants in the evolution of the history of Christianity."
". . .a wonderful resourece to students of church history and students of the Bible in general."
". . .fascinating. . .a landmark publication."
"Those curious about Africa's active role in the Bible's text and times will find Burton's extensive geographical tracing of African places illuminating. Theologians interested in the unique historical and cultural forces framing a distinct African theology will find Burton's sketch most satisfying. Church historians will see missions in a new light."
"This book is worth reading. No reader will be disappointed after perusing its lucid pages."
"This is a very interesting book to read, very creatively crafted, well written, and adequately documented. . . . No reader will be disappointed after perusing its lucid pages."

▼▲
I'm the author/artist and I want to review The Blessing of Africa: The Bible and African Christianity.
Back
Back