Blessed Are the Peacemakers: Pacifism, Just War, and Peacebuilding
By: Lisa Sowle Cahill 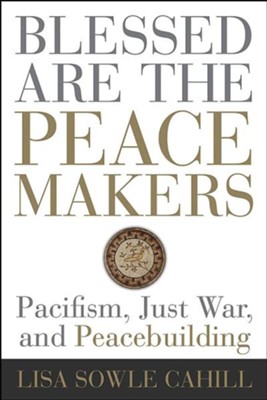 Blessed Are the Peacemakers: Pacifism, Just War, and Peacebuilding

This book is a contribution to the Christian ethics of war and peace. It advances peacebuilding as a needed challenge to and expansion of the traditional framework of just-war theory and pacifism. It builds on a critical reading of historical landmarks from the Bible through Augustine, Aquinas, the Reformers, Christian peace movements, and key modern figures like Dietrich Bonhoeffer, Reinhold Niebuhr, and recent popes. Similar to just-war theory, peacebuilding is committed to social change and social justice but includes some theorists and practitioners who accept the use of force in extreme cases of self-defense or humanitarian intervention. Unlike just-war theorists, they do not see the justification of war as part of the Christian mission. Unlike traditional pacifists, they do see social change as necessary and possible and, as such, requiring Christian participation in public efforts.

Cahill argues that transformative Christian social participation is demanded by the gospel and the example of Jesus, and can produce the avoidance, resolution, or reduction of conflicts. And yet obstacles are significant, and expectations must be realistic. Decisions to use armed force against injustice, even when they meet the criteria of just war, will be ambiguous and tragic from a Christian perspective. Regarding war and peace, the focus of Christian theology, ethics, and practice should not be on justifying war but on practical and hopeful interreligious peacebuilding.

▼▲
I'm the author/artist and I want to review Blessed Are the Peacemakers: Pacifism, Just War, and Peacebuilding.
Back
×