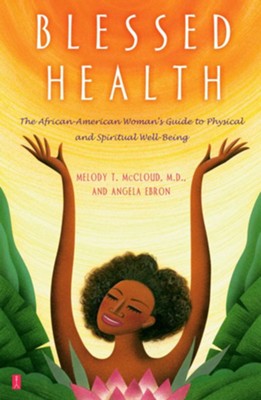 Blessed Health: The African-American Woman's Guide to Physical and - eBook

Many black women will go to church all day every Sunday but won't take one day out of the year to get a Pap test and mammogram done. Yet that yearly doctor's visit could help save lives. Often the first people to pray when a serious illness strikes, black women may be the last to seek timely medical care. As a result, they are suffering with, and dying from, manageable illnesses such as heart disease, obesity, cancer, and diabetes more than any other group in the United States.

It doesn't have to be that way. Don't wait until a health emergency happens before turning to your faith and your physician. You can achieve optimal health by arming yourself with medical knowledge and a strong spiritual base. Research has proven that a well-nurtured spiritual self can help to replenish, rejuvenate, and safeguard your physical self.

Written by a prominent African-American OB/GYN and a highly respected journalist, Blessed Health is a personal health and spirituality guide for every stage of a black woman's life. Included here is important information on:

and much, much more, including the latest on managing menopause.

▼▲
Dr. Melody T. McCloud is an obstetrician-gynecologist, public speaker and the author of "LIVING WELL, DESPITE CATCHIN' HELL: The Black Woman's Guide to Health, Sex and Happiness." Dr. McCloud lectures nationwide on women's health, sex, negative media images of Black women and social issues. She hosts a 'Health and Happiness' blog at PsychologyToday.com. She is a member of the American College of Obstetricians & Gynecologists, serves on an advisory council to the Centers for Disease Control and is a recipient of numerous awards. Called a trailblazing 'Renaissance woman' since the 1970s, McCloud is a media consultant with appearances on many broadcast networks. She is a health expert to the Tom Joyner Morning Show, CNN HLN, and her articles have been printed in USA Today, Essence, Parade, the Atlanta Journal Constitution and numerous other local and national publications. She is also an award-winning poet and an occasional voice-over talent.

▼▲
I'm the author/artist and I want to review Blessed Health: The African-American Woman's Guide to Physical and - eBook.
Back
Back