Skip to main content
Blessed Are the Nones: Mixed-Faith Marriage and My Search for Spiritual Community
By: Stina Kielsmeier-Cook
Stock No: WW848272 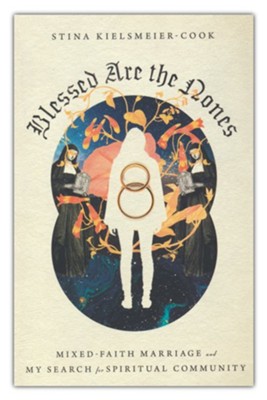 Blessed Are the Nones: Mixed-Faith Marriage and My Search for Spiritual Community

▼▲
Can the Christian life be lived alone? When her husband left Christianity several years into their marriage, Stina Kielsmeier-Cook was left "spiritually single"—struggling to live the Christian life on her own, taking her kids to church by herself, and wrestling with her own questions and doubts. In this memoir, Kielsmeier-Cook tells the story of her mixed-faith marriage and how she found community in an unexpected place: an order of Catholic nuns in her neighborhood. As she spent time with them and learned about female Catholic saints, she began to see that she was not "spiritually single" after all—and that no one really is.

▼▲
Stina Kielsmeier-Cook is a writer from Minneapolis. She is managing editor of , a publication of the Collegeville Institute, and her writing has appeared in , , , , and .

▼▲
I'm the author/artist and I want to review Blessed Are the Nones: Mixed-Faith Marriage and My Search for Spiritual Community.
Back
×
Back
×