Blessed are the Consumers: Climate Change and the Practice of Restraint
By: Sallie McFague 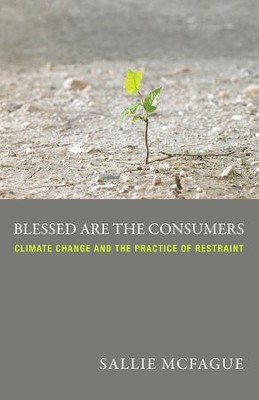 Buy Item $28.50
In Stock
Quantity:
Stock No: WW699604
Fortress Press / Paperback
Quantity:
Add To Cart
of These in Your Cart

Blessed are the Consumers: Climate Change and the Practice of Restraint

▼▲
For decades, Sallie McFague has lent her voice and her theological imagination to addressing and advocating for the most important issues of our time. In doing so, she has influenced an entire generation, and empowered countless people in their efforts to put religion in the service of meeting human needs in difficult times.

In this timely book, McFague recalls her readers to the practices of restraint. In a world bent on consumption it is imperative that people of religious faith realize the significant role they play in advocating for the earth, and a more humane life for all.

The root of restraint, she argues, rests in the ancient Christian notion of Kenosis, or self-emptying.By introducing Kenosis through the life stories of John Woolman, Simone Weil, and Dorothy Day, McFague brings a powerful theological concept to bear in a winsome and readable way.

▼▲
I'm the author/artist and I want to review Blessed are the Consumers: Climate Change and the Practice of Restraint.
Back
×